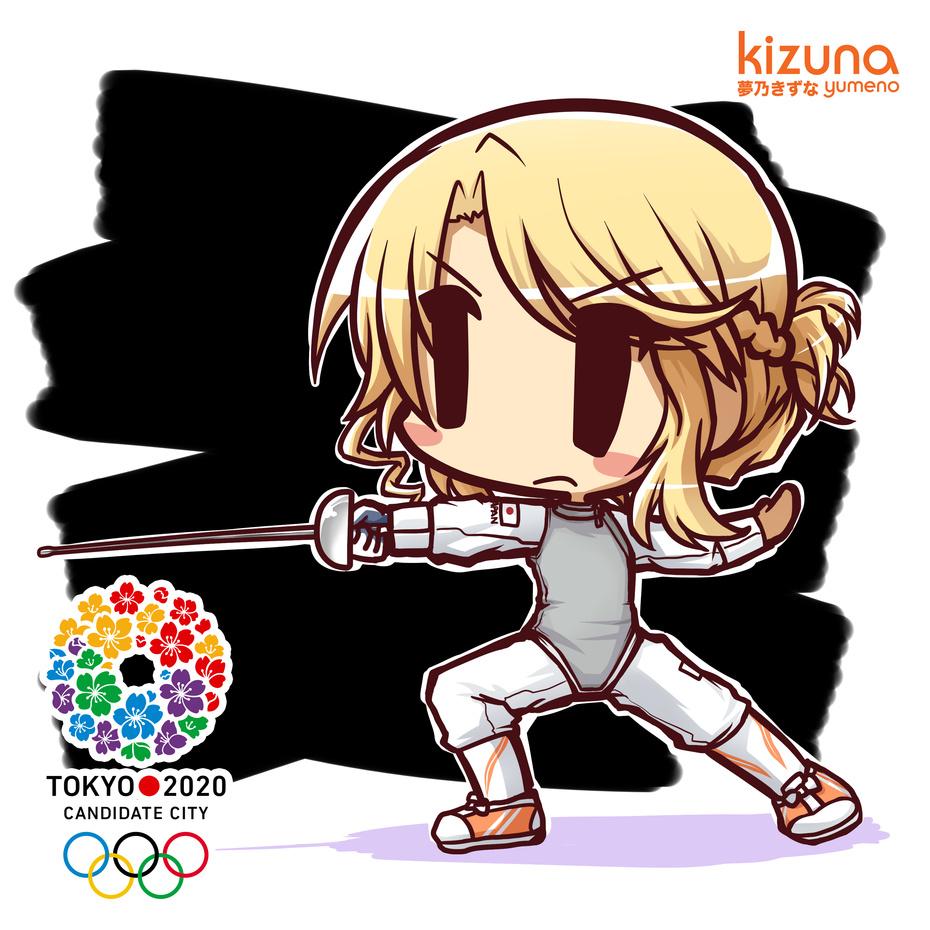 It’s official, Tokyo will be the host city for the 2020 Summer Olympic Games. Beating out Istanbul and Madrid, Tokyo last held the Olympics in 1964. Check out this cute photo for fencing!

Another big announcement: Wrestling will be in the Olympics for 2020 and 2024! This is huge for the sport. Fencing and wrestling are very similar (individual combat sports, several periods of play, hard to understand the rules for a novice), so I was carefully watching the fate of Wrestling as the same thing could happen to Fencing in the future. Granted, fencing has made several improvements to help spectators watch the sport (wireless systems, lights on the mask, video replay), but it still hasn’t made a significant impact on sports media consumers. As fencing and wrestling are two of the five original sports from the 1896 Olympics, it’s important that our communities root for each other and keep the tradition of the Olympics alive. And just to show how exciting wrestling can be, check out a video I shot at the 2012 London Olympics of an amazing Japanese wrestler, who goes on to win the gold medal and has a special celebration with her coach. 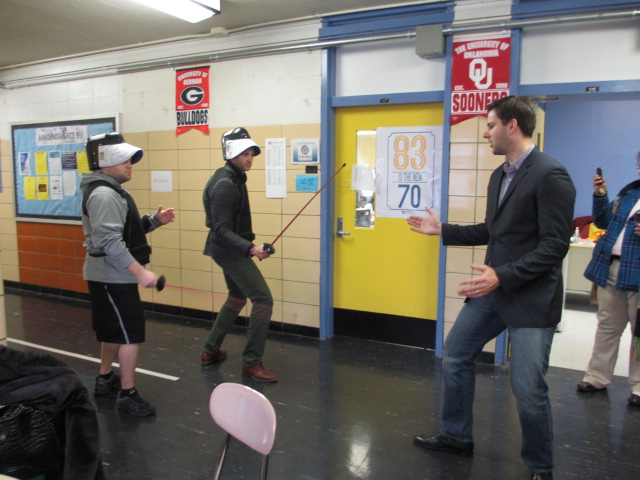 One of the organizations the film will be highlighting is Tim Morehouse’s Fencing In The Schools. I had the pleasure of meeting some of the administration yesterday with Tim and some of his team. This program is beginning its pilot year at Democracy Prep, a charter school with six campuses in Harlem, NY. With about 2,000 students between all of the schools, Democracy Prep will be running the first 6-week gym program that features fencing as a physical education unit. Tim has commissioned starter foil gear from Absolute so the kids can get into the action quickly and safely (there it is in the picture!)

I’m including this program in the film as an example of how schools can begin fencing programs of their own. Although fencing in NJ is popular at the varsity sport level, you can also introduce kids to the sport in gym class. The earlier the better. As kids compete in soccer and baseball at young ages, starting a new sport when they’re older becomes less appealing. If a kid starts fencing when they’re younger, or at least has tried it, there may be a better chance that they stay with fencing as they get older and into high school.

For more information about Fencing In The Schools, check them out here: http://www.fencingintheschools.org/

A shout out to the boys fencing team at Columbia High School! It was a long day and they came out on top of almost 50 teams to claim the 2013 Cetrulo title. Great job!

After spending most of the day with the Bernards team, it was so great to watch them win the overall Santelli Team title! To add to the excitement, the epee team also won in a fence-off for 1st place. Great job ladies!